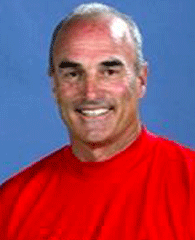 Barry has been fortunate in being part of 7 World Series: being on the winning side in 3, with Oakland in 1989 and with the Cardinals in 2006 and 2011. He was selected as the Athletic Trainer for four Major League All Star games, 1987, 1993, 2005, and 2009. He was inducted into the Washington DC Jewish Sports Hall of Fame in 1996 and received a Distinguished Alumni Award from Springfield College in 2006.

Barry will present on the importance of athletic training and how it has evolved over the years with his personal insight and philosophy. He will discuss how to work with today's athletes at all levels and give an overview of the field of athletic training and how the Athletic Trainer plays a role in their care and prevention of athletic injuries. He will also share his experiences working alongside Tony LaRussa for many years and Billy Martin and Art Howe throughout his Major League career.