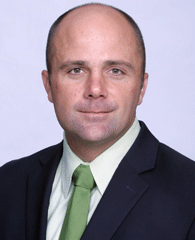 Jim Penders has worked with the University of Connecticut baseball program in 26 of the last 28 years, being associated with the Huskies as a student-athlete, an assistant coach and now head coach. He completed his 14th season at the helm of the program in 2017. A four-time conference Coach of the Year, Penders has overseen one of the most successful stretches in the 122-year history of UConn baseball.

Overall in his tenure, Penders holds a 488-345-4 record. He has led the Huskies to four NCAA Tournament appearances, including a Super Regional appearance in 2011. UConn has also won a regular season or conference title three times with Penders in the dugout and hosted the 2010 Norwich Regional. Under his watch, 10 Huskies have earned All-America honors, most recently John Russell 2017.

In 14 seasons as head coach for the Huskies, Penders has had a total of 43 players either drafted or signed by professional baseball clubs. During the 2015 MLB season a program-record five former Huskies played in the big leagues: Nick Ahmed ('11) of the Diamondbacks, Matt Barnes ('11) of the Red Sox, Scott Oberg ('12) of the Rockies, Mike Olt ('11) of the Cubs and George Springer ('11) of the Astros. Penders has led his squad to 30 or more wins in 11 of his 14 years at Connecticut.

Penders led the Huskies to their first-ever American Athletic Conference crown in 2016, finishing with a 38-25 overall record en route to their fourth NCAA Tournament appearance in the last seven seasons. Four Huskies were drafted in the 2016 MLB Draft, including Kay, who went 31st overall to the New York Mets.

In 2014, UConn struggled with injuries and youth and finished the year with a 27-31 record. The Huskies qualified for the inaugural American Athletic Conference Championship, defeating eventual champion Houston in pool play. Despite the underwhelming record, several Huskies received major individual accolades. Bobby Melley was named NEIBA New England Player of the Year and was one of three All-Conference first team members.

In 2013, the Huskies claimed their final BIG EAST Championship, defeating Notre Dame, 8-1, in Clearwater, Fla. UConn advanced to play in the NCAA tournament for the third time in the past four years. The BIG EAST title was the third in UConn history joining the 1990 and '94 teams. UConn defeated No. 1 seed Virginia Tech in its first game of the 2013 NCAA Regional hosted in Blacksburg, Va., before falling to Oklahoma and the Hokies in consecutive games. The Huskies finished the season with a 35-28 record.

In 2012, the Huskies' season ended in the BIG EAST Championship Semifinals with back-to-back losses to USF. UConn's overall record was 31-27-1.

In 2011, Penders guided the Huskies to the program's first regular-season BIG EAST championship title and first appearance in the NCAA Super Regionals. UConn finished the season with a 22-5 mark in conference play, and ended the year with a 45-20-1 overall record. Following their program-best 22 wins in conference play in 2011, the Huskies earned a bid to the NCAA Tournament for the 17th time, including their second straight appearance. As the No. 2 seed in the Clemson Regional, UConn went 4-1 while eliminating all three opponents from NCAA Tournament play, including No. 1 seed Clemson.

The 2010 season was one of the most successful seasons in program history, as Penders guided the Huskies to a program-best 48 wins. After being nationally ranked for the first time since 1979, UConn earned an NCAA Tournament berth for the first time since 1994 and hosted the Norwich Regional at Dodd Stadium in Norwich, Conn. Along with the team success, including a UConn-best 22-game win streak, Penders earned multiple coaching accolades as he was named BIG EAST, ECAC, and NEIBA Coach of the Year. He was also named the ABCA/Diamond Northeast Coach of the Year.

In 2009, Penders led the Huskies to a 36-24 overall record and an appearance in the BIG EAST Championship final against Louisville. Under Penders' guidance, George Springer became UConn's first-ever BIG EAST Rookie of the Year following the 2009 season.

During 2007, Penders and the Huskies earned a spot in the BIG EAST Championship game after battling their way through the BIG EAST Tournament by upsetting three higher-seeded teams. UConn's appearance in the title game as the eighth-seed marked the lowest seed in BIG EAST Tournament history to reach the final game. In addition, Penders guided the Huskies to their third straight season with 34 or more wins, as his 2006 and 2007 squads ended the year with 39 and 34 victories respectively.

A standout on the baseball field for Connecticut during his undergraduate career, Penders was a four-year letterwinner as a Husky. He was co-captain of the 1994 UConn squad that won the BIG EAST Conference tournament, and the Huskies advanced to the NCAA Championship in both his junior and senior years. He hit .354 with seven home runs and 46 runs batted in as a senior in 1994. He earned First Team All-Northeast, All-New England and All-BIG EAST honors in his senior year as a catcher.

During his UConn career, the Huskies played in the Championship game of the BIG EAST Tournament three times. Penders helped the Huskies to 99 wins over his four seasons, including a 30-18 record in 1994. He also excelled in the classroom as a three-time BIG EAST Academic All-Star. Penders was a four-year member of the UConn Captains' Council and served as that group's president during his senior year.

Penders worked in Washington, D.C., from 1994-96 as a political fundraiser for U.S. Senator Tom Harkin of Iowa. Penders returned to UConn for the 1997 season as a graduate assistant baseball coach and became a fulltime assistant coach for the 1999 season. He also founded and directs the Connecticut Baseball School. The popular camp holds sessions during the summer and winter vacation periods, along with a one-day fall session in October every year.

The connection between the Penders family and UConn athletics runs deep. Penders' father, Jim, and uncle, Tom, both graduated from UConn and played on the Huskies' 1965 College World Series team. Jim is a 1966 UConn graduate and recently retired as the baseball coach at East Catholic High School. He won 600 games in 43 seasons and coached his three sons. He was an infielder for the Huskies and had a career batting average of .279, including a .323 mark his senior year. He was a captain of the '65 squad and the only player to hit over .300 for the Huskies that season. Jim has won four Connecticut high school state championships at East Catholic and was named the national high school coach of the year in 1996. In the summer of 2008 he was inducted into the National High School Coaches Association Hall of Fame, and in June of 2009, the baseball field at East Catholic was named in his honor.

His former classmate, teammate, battery-mate and 1994 Lawrence R. Panciera Most Valuable Player, Aaron Quinn, is now his brother-in-law. Quinn pitched for the Huskies from 1991-94 and married Penders' sister-in-law, Courtney in 1999. Penders' younger brother Rob is the head coach of Division II St. Edward's University of Austin, Texas. His grandfather Jim was the longtime baseball coach at Stratford (Conn.) High School from 1931-68 and won four state championships, a record matched by Penders' father at East Catholic. He was also the head of the physical education department and the town's recreation director. The Stratford High School baseball and football complex is named in his honor. Penders is also actively involved with several baseball clinics around the globe as he has presented as a featured clinician in Regensburg, Germany to German baseball coaches for International Sports Group/Major League Baseball International.

In addition, Penders contributed a chapter in the published book, Gold Glove Baseball, in which he dissects catching techniques.

A native of Vernon, Conn., Penders was an all-state performer in baseball at East Catholic High School and served as his senior class president. In 2011, he was inducted into the ECHS Hall of Fame.