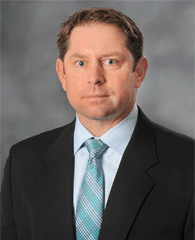 Kevin Schnall -- a Coastal Carolina assistant coach for 13 years (2001-12) and a member of the University's Sasser Athletics Hall of Fame -- returned to the Chanticleer baseball staff as associate head coach in July of 2015 and is in his third year (2016-pres.) of his second stint with the Chants -- his 15th overall on staff overall. "Kevin Schnall is a huge part of our program's success, both as a player and a coach," head coach Gary Gilmore said. "He epitomized the type of player we strive to mold here. As a coach, his track record for hitting instruction and teaching the catcher position is unmatched. Also, his passion for the game and for Coastal Carolina University is abundantly clear to everyone he meets which makes him one of the top recruiters in the nation." When Schnall returned to Coastal, Coach Gilmore said, "I know we have all the pieces of the puzzle to reach Omaha." Gilmore was absolutely right as the Chanticleers, not only made their first trip to the College World Series, but won the NCAA Division I Championship.

Twice, Schnall has been recognized by Baseball America in a survey of the nation's head caoches as one of the nation's top assistant coaches. First, he ranked seventh when Baseball America polled the nation's head coaches prior to the 2013 season. Then, in December 2017, the publication conducted another poll and Schnall was rated sixth. Schnall's impact at Coastal was immediate upon his return for the 2016 season. Not only did Coastal dominate the Big South by winning the regular-season title going away and sweeping its way to the conference tournament title but the Chanticleers won the NCAA Raleigh Regional, won the NCAA Baton Rouge Super Regional and won the College World Series in the program's first ever trip to Omaha. Coastal Carolina led the NCAA in home runs (96) and runs scored (516) while ranking fourth in hits, fourth walks drawn and fourth sac bunts. Individually, several Chants had breakout seasons in 2016 as Connor Owings was the Big South Player of the Year while earning first team All-American honors. G.K. Young, a semifinalist for the Dick Howser Award, was also tabbed first team All-American with Zach Remillard earning third team All-American honors. Remillard led the NCAA in total bases (177), while Young was third (168) and Owings was ninth (161). Remillard and Young tied for fourth in hits (each with 99) and tied for fifth in RBI (each with 72). Coastal had four players (Remillard, Young, Owings and Michael Paez) belt at least 15 home runs.

In 2017, Coastal once again had a successful season, winning the Sun Belt regular season title in the program's first year in the league. Coastal ranked 26th nationally in home runs per game (1.19) as Kevin Woodall Jr., blasted a league-best 18 while driving in a league-best 60.

In his final season at UCF (2015), Schnall's instruction helped the Golden Knights lead the American Athletic Conference and rank sixth nationally in home runs (66) while posting a league-best .294 batting average. UCF additionally led the AAC and ranked 12th nationally in slugging percentage. The 2014 campaign saw UCF junior shortstop Tommy Williams earn first team All-AAC honors after pacing the league with 12 homers. A program record nine Knights were honored on the three league all-conference squads. Schnall aided junior first baseman James Vasquez to a career year with a .340 average and 56 RBI. In Schnall's first season with the Knights, catcher/third baseman Chris Taladay won Conference USA Player of the Year honors after leading the team with a .342 batting average, 43 RBI and a .409 on-base percentage. Outfielder Erik Hempe also earned C-USA first team honors under Schnall's tutelage after setting career highs in batting average and RBI while leading UCF in home runs and doubles. As the Knights' recruiting coordinator, Schnall was responsible for a trio of nationally-ranked recruiting classes per Collegiate Baseball Newspaper (2013-14) and Baseball America (2015). The first of those recruiting classes landed Louisville Slugger Freshman All-American and C-USA All-Freshman Team member Zac Favre. In the fall of 2012 -- between his time at Coastal and starting his first season at UCF -- Schnall was listed among the top 10 assistant baseball coaches in nation according to a poll of Division I head coaches by Baseball America.

Schnall began his coaching career at his alma mater, Coastal Carolina, and served as an assistant on Gilmore's staff from 2001-12. The Chanticleers made appearances in the NCAA Tournament in 11 out of his 12 seasons on the staff, while advancing to the Super Regionals in 2008 and 2010. The Chants earned four #1 seeds at NCAA Regionals and were the national #4 seed in 2010. In those same seasons, Schnall also aided Coastal Carolina to eight Big South regular season championships and eight Big South tournament titles. Schnall, a standout catcher with the Chanticleers, instructed catchers Dock Doyle (2008 Big South Player of the Year) and Jose Iglesias (third team All-American in 2010), both of whom were finalists for the Johnny Bench Award which given to the nation's top collegiate catcher.

In his final year at Coastal, Schnall coached Chanticleer backstop Tucker Frawley to semifinalist status for the same award. Schnall is additionally credited with developing individual players such as catcher Randy McGarvey, Jr., who started his career as a walk-on and finished as a two-year starter and 2002 draft pick of the Houston Astros, and Chad Oxendine, who started his Coastal Carolina career as a middle infielder and went on to become an All-Big South catcher in 2004 and played in the Chicago White Sox minor league organization. Schnall also coached Mike Fuentes in 2005-06, who was drafted by the Philadelphia Phillies in the 29th round of the Major League Baseball First Year Player Draft. Overall, a Chanticleer catcher was tabbed All-Big South in seven of his 12 years with the Chants.

In addition, Will Remillard, who Schnall recruited and coached for a year, was named All-Big South and was drafted in 2013. Schnall also boasts successful stints as a summer league head coach. In 2001, he coached Front Royal (Va.) of the Valley League and led the Cardinals to the playoffs. In 2002, Schnall was tabbed by the Baseball Factory to coach one of its select summer teams.

In his playing days, Schnall became just the second Chanticleer in Big South history to bat over .400 in a season (.405). He was named Big South Player of the Year in 1999 and led Coastal to a 43-15 record, the program's best mark since 1983. Schnall slugged seven home runs and collected 48 RBI and struck out just 19 times all season, setting a school record for on-base percentage (.515). He finished his career as an NCBWA Second Team All-American and was a finalist for the Rotary Smith National Player of the Year award.

Schnall's collegiate success earned him notice from the Cincinnati Reds, who made him their 25th-round pick in 1999. He played two seasons in the Reds farm system, compiling time with the Billings Mustangs of the Pioneer League and the Dayton Dragons of the Midwest League.