Butch Thompson was named Auburn's head baseball coach by Auburn Director of Athletics Jay Jacobs on October 22, 2015, and enters his third season with the Tigers in 2017-18. Thompson, who spent three seasons as an assistant coach and recruiting coordinator at Auburn from 2006-08, returned to the Plains after seven seasons at Mississippi State as both associate head coach and pitching coach.

Widely regarded as one of the premier pitching coaches in the country, he has had seven of his former pitchers make Major League debuts since 2014 including Grant Dayton, Kendall Graveman, Jacob Lindgren, Chris Stratton, Jonathan Holder, Chad Girodo and Brandon Woodruff.

Thompson's second season at Auburn saw the Tigers reach heights unseen in two decades on the Plains. Auburn climbed as high as No. 4 in the national rankings during the 2017 season and earned a bid to the NCAA Tallahassee Regional, Thompson's first postseason berth in two seasons as a Division I head coach. The Tigers advanced to the championship game in Tallahassee, earning wins over UCF and Tennessee Tech along the way, and finished the season with a 37-26 overall record.

Auburn's 16-14 mark in SEC play in 2017 was its best conference record since 2010 and saw the Tigers double their league win total from the previous season. Included in the season was a sweep of eventual national champion Florida and series victories over Georgia, South Carolina, Tennessee, Arkansas, Mississippi State and Ole Miss.

The 2017 Tigers boasted a 1-2 pitching punch that rivaled the best in the country in redshirt junior Keegan Thompson and sophomore Casey Mize. Mize, named an All-American by three different publications, ranked third in the SEC with a 2.04 ERA and had the nation's best strikeout-to-walk ratio at 12.1 (109 strikeouts, 9 walks). Thompson was sixth in the SEC with a 2.41 ERA and opened the season with a school-record 23.2 consecutive scoreless innings pitched. Thompson would be drafted in the third round by the Chicago Cubs, Auburn's highest draft pick since 2004. In all, four Tigers were selected in the 2017 MLB Draft.

In seven seasons at MSU, Thompson made four NCAA regional trips, two Super Regionals, won the SEC Tournament and advanced to the College World Series finishing as NCAA runner-up in 2013. In three of the last four seasons, the Bulldogs' staff ERA finished no higher than 3.06. Thompson's 2013 pitching staff was one of two nationally to finish in the top 15 in ERA, strikeouts per nine innings and hits allowed per nine innings.

Thompson is considered one of the top recruiters in the country. Since 2003, he has secured 10 recruiting classes that were ranked in the top 10 by either Baseball America or Perfect Game, including the No. 5 national class for 2016-17. His classes signed from 2006-08 at Auburn each ranked in the top 18 nationally including the No. 5 class nationally in 2008 which included All-American and SEC Player of the Year Hunter Morris.

Player development has been equally important for Thompson, who has turned 26 student-athletes who went undrafted out of high school into Major League Baseball draft picks.

A native of Amory, Miss., Thompson has coached 25 Division I All-Americans and 31 that have earned all-conference honors. Twelve pitchers tutored by Thompson have gone on to pitch in the big leagues.

Thompson had three pitchers drafted in the first 11 rounds of the 2014 MLB Draft, and in 2013 five of his pitchers were drafted including three in the top 10 rounds. He added a first round selection in the 2016 draft.

In addition to his experience at Auburn and Mississippi State, Thompson also spent five seasons at Georgia from 2002-05, including a trip to the College World Series in 2004. While there he guided the development of future Major Leaguers Josh Fields, Mitchell Boggs and Brooks Brown.

Thompson launched his coaching career as pitching coach and top assistant at Huntingdon College (Ala.) in 1993, before returning to his alma mater in Birmingham, where he helped lead the Panthers to back-to-back Southern States Conference championships and in 1995 coached BSC to its first NAIA World Series berth.

Thompson left BSC briefly to serve as head coach at Jefferson State Community College in Birmingham in 1997. While at JSCC, he was honored as the Regional Tournament Coach of the Year, the ABCA Alabama Junior College Coach of the Year and the Southeast Region Coach of the Year after guiding JSCC to a 39-21 mark, the AJCAA Region 22 State Championship and a third-place finish in the NJCAA Division II World Series.

He returned to Birmingham-Southern as top assistant the following season, beginning a four-year run during the most successful span in BSC baseball history. The Panthers won 196 games and four TranSouth Conference championships and made three-consecutive appearances in the NAIA World Series. BSC's 2001 team posted a school-best 55-11 mark and captured the NAIA National Championship.

In 2002, Thompson joined the SEC baseball coaching fraternity, beginning a four-year term as pitching coach and recruiting coordinator in Athens. Georgia's 2003 recruiting class was ranked 10th nationally, while capturing the SEC title in 2004 en route to advancing to the NCAA College World Series.

Thompson, honored as the 2006 Fellowship of Christian Athletes SEC Coach of the Year, has shared his expertise as a featured speaker at numerous baseball coaching clinics throughout the United States.

Thompson prepped at Amory (Miss.) High School and later starred as a pitcher at Itawamba (Miss.) Community College from 1989-90. On Oct. 25, 2014, Thompson was inducted into the ICC Athletic Hall of Fame.

He earned a bachelor's degree in history at BSC in 1992 and completed a master's degree in sports administration at UAB in 1996. He is married to the former Robin Ashe of Birmingham, Ala., and they are the parents of three daughters --- Anna, Olivia and Madelyn Gail.

ONLY $79 to attend the 2021 Mohegan Sun World Baseball Coaches’ Convention when you register by November 1. This is an incredible price considering we have more than 25 top national and international presenters (including 4 MLB Managers!) that will be presenting virtually over four nights, January 11, 12, 18 & 19. And, to add to the value, you’ll be able to access “REPLAYS” of all sessions following the event for no additional charge through June 1, 2021. REGISTER at BaseballCoachesClinic.com.
#2021WBCC #BaseballCoaching #CoachingBaseball #BaseballCoaches #OnDeckSports #WorldBaseballCoachesConvention #BaseballCoachesClinic ... See MoreSee Less 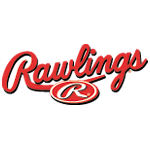 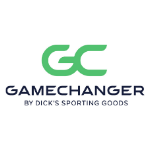 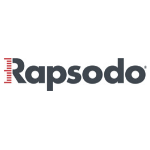 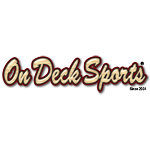 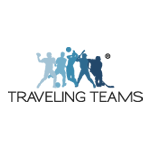 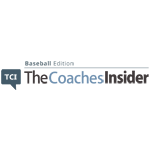 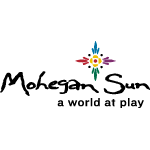